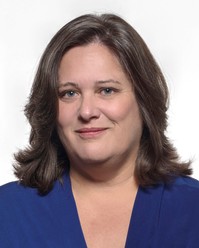 Tinhorn Creek Vineyards is thrilled to announce that CEO Sandra Oldfield has been named as a Top 100 award winner in the Sun Life Financial Trailblazers & Trendsetters category of the Women’s Executive Network’s (WXN) 2016 Canada’s Most Powerful Women.

The 2016 Top 100 Award Winners will be celebrated at an evening Awards Gala at the Metro Toronto Convention Centre, on Thursday November 24th where Sandra will become part of an exceptional community of now 939 remarkable female leaders. When Canada’s Most Powerful Women: Top 100 Awards were launched in 2003, WXN wanted to highlight the incredible accomplishments of professional women across Canada. Founded in 1997, WXN is Canada’s leading organization dedicated to the advancement and recognition of women in management, executive, professional and board roles.

“I’m honoured to be recognized as a trailblazer and have the opportunity, as a female CEO in the wine industry, to act as a role model for younger generations and my peers,” says Sandra Oldfield. “At Tinhorn Creek we strive to be at the forefront of the industry; pushing boundaries and setting trends to promote Canadian wine.”

Sandra’s award recognizes her trailblazing in the wine industry, having been one of the few BC female winemakers when Tinhorn Creek Vineyards opened over 20 years ago and now one of the few female CEOs in the Canadian wine industry. Sandra spearheaded the establishment of BC’s first wine-growing sub appellation, the Golden Mile Bench, and has kept Tinhorn at the forefront of the industry by making them the first winery in Canada to move their entire production to screw top closures rather than corks in 2003 and starting the province’s first wine club, shipping wine direct to consumers. In 2009 Sandra tackled sustainability when Tinhorn Creek became Canada’s only carbon neutral winery and perhaps the achievement closest to Sandra’s heart has been the implementation of the most rigorous Health and Safety program of any winery in BC and achieving Canada’s Safest Employers Award, for outstanding accomplishments in promoting the health and safety of workers.

Sandra’s advocacy work promoting Canadian wines to Canadians has garnered the attention of national press through her political acts highlighting problems with access to wine (such as when she proved it is easier in Canada to order and ship a 12-gauge shotgun online than a 12 bottle case of Canadian wine) and campaigning for clearer labelling of grape origins for wines as ‘cellared in Canada’ contain Canadian grapes. Since 2011 Sandra has combined her love for wine, the wine industry and social media to being a weekly online discussion on twitter called #BCWineChat to bring together consumers, wineries, retailers and restaurants on specific topics of exploration weekly.

KarenHeinz
@ Jan 10, 2017 at 2:39 AM
http://essayservices.org
Thank you so much for providing such a useful information. It is very happy to hear that Tinhorn Creek Vineyards' CEO Sandra Oldfield named one of Canada’s Most Powerful Women.

Monalisa Roy
@ Feb 7, 2017 at 2:38 AM
http://www.mumbaiescortsclub.in/
Your blog is always excellent for visitors.. Thanks

And i am glad reading your article. However wanna observation on some normal issues, The site taste is wonderful, the articles is actually great : D. Good process, cheers

location de voiture casablanca
@ Apr 9, 2017 at 5:48 AM
http://www.jazzcar.net/
wooow good information, I will come again to read an interesting article the other good post thanks for your post

taş fırın ustaları
@ Apr 12, 2017 at 6:24 AM
hhttp://tasfirinustalari.net/
It is not surprising that professional CEOs such as you are following the successful companies in the field. You are obviously an expert in the field. I appreciate you sharing.

location de voiture casablanca
@ May 22, 2017 at 8:09 AM
http://www.diazcar.com
I believe this is one of the most significant info for me.

And i am glad reading your article. However wanna observation on some normal issues, The site taste is wonderful, the articles is actually great : D. Good process, cheers

Essay Help
@ May 31, 2017 at 12:39 AM
http://https://www.ukwritingexperts.co.uk/
I consider that is one of the most sizable information for me and I'm happy to see your article. However want to remark on a few everyday issues, The website taste is excellent, the articles is absolutely awesome.
Commenting has been turned off.